For the past year I've been working otclient version with all the original 7.x client details and bug fixes. Spent about $700 in bug fixes and particular details with about half of the fixes being done by me. I've only been using git commits for the past 5 or so months, so any entries earlier than that in the changelogs are estimates. Entries are sorted chronologically. I will also avoid getting into specifics about less known bugs, mechanics and fixes. 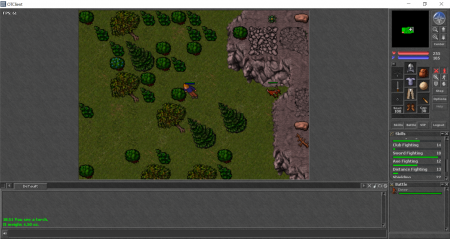 Screenshot of classicotclient from October 2020